The CLEQ (Cinema Linked Entertainment Quiz) is an interactive maze game where people watch narratives of different Genres and control the unfolding story.

Stories are a big part of human life and culture. And they define our world since childhood. While reading a book or watching a movie - the experience is the same for everyone because the writer is the one who decides the narrative. However, the idea of CLEQ was to create an interactive fun narratives quiz, where the viewer is involved in the story and actively given the option to decide the character’s faith—leading to a different story ending and a different movie genre.

By giving a player the option to navigate the story, they are triggered by the narrative and become even more curious to try different story paths. Making personal decisions of character’s development, level folding and curiosity to replay the game again, but differently.

The user starts by watching a short narrative video with two main characters. It stops with an open ending while the user has two choices to make. For example: ‘Return the keys’ or ‘Keep the keys’.

During the quiz, it was interesting to see how various people react differently by making different choices. Players didn’t know that their selections directly influence the end genre and the hidden personality questions discovering their temper personality.

This diagram just an example of the folding possibilities in an interactive narrative that could expand to multiple genres. It’s like a tree, which is a mixture of stories in a game-play. It leads to numerous limbs and has the potential to expand with an increasing number of variations. The player would need to play several times and repeat the different levels in the game to revile the content and all the possible endings. 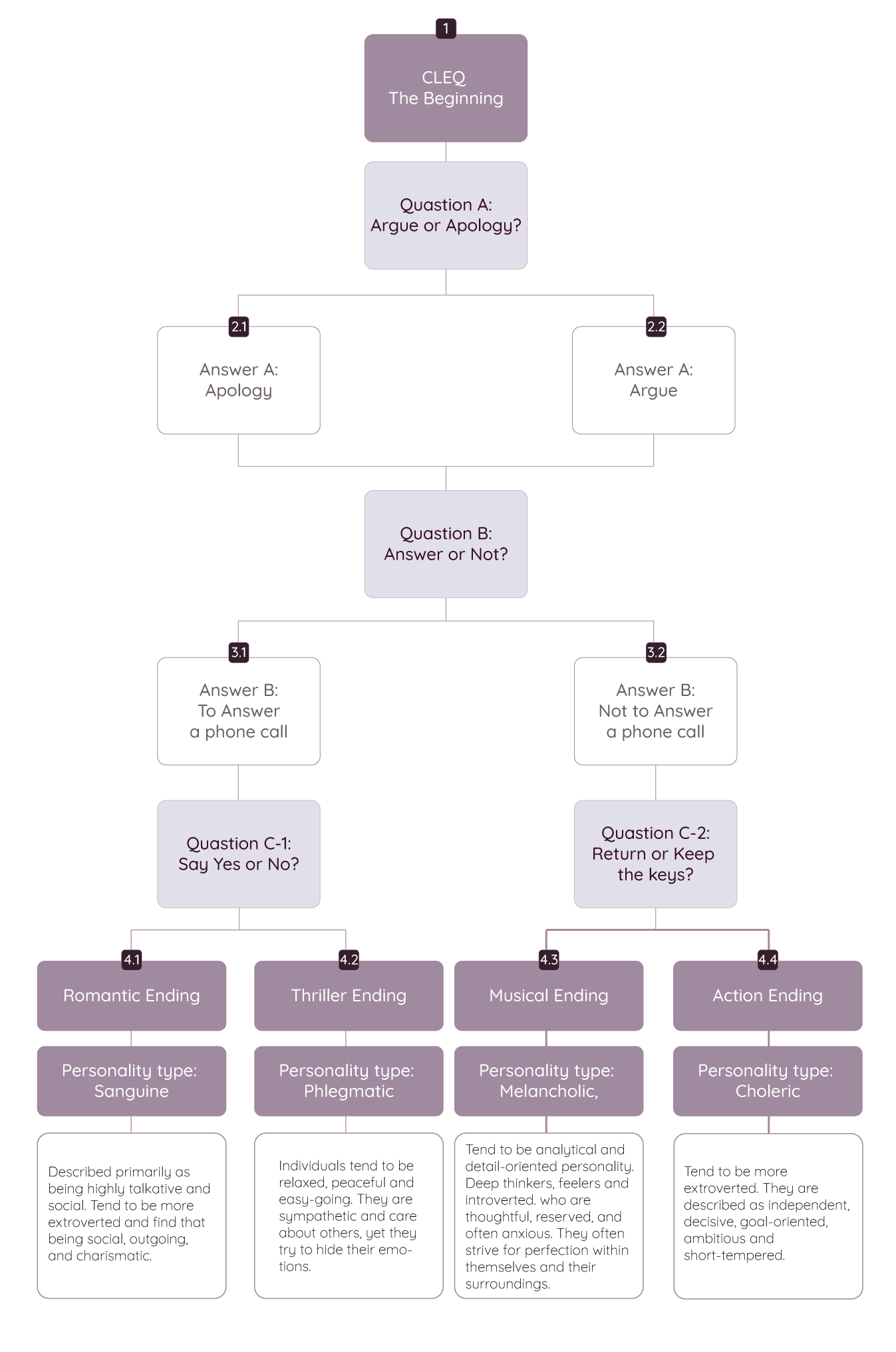 Player’s selection - influence the narrative and the folding Genres. The four temperaments have their roots in the Ancient Egyptian theory of humourism, which suggests four fundamental personality types: sanguine, choleric, melancholic, and phlegmatic. 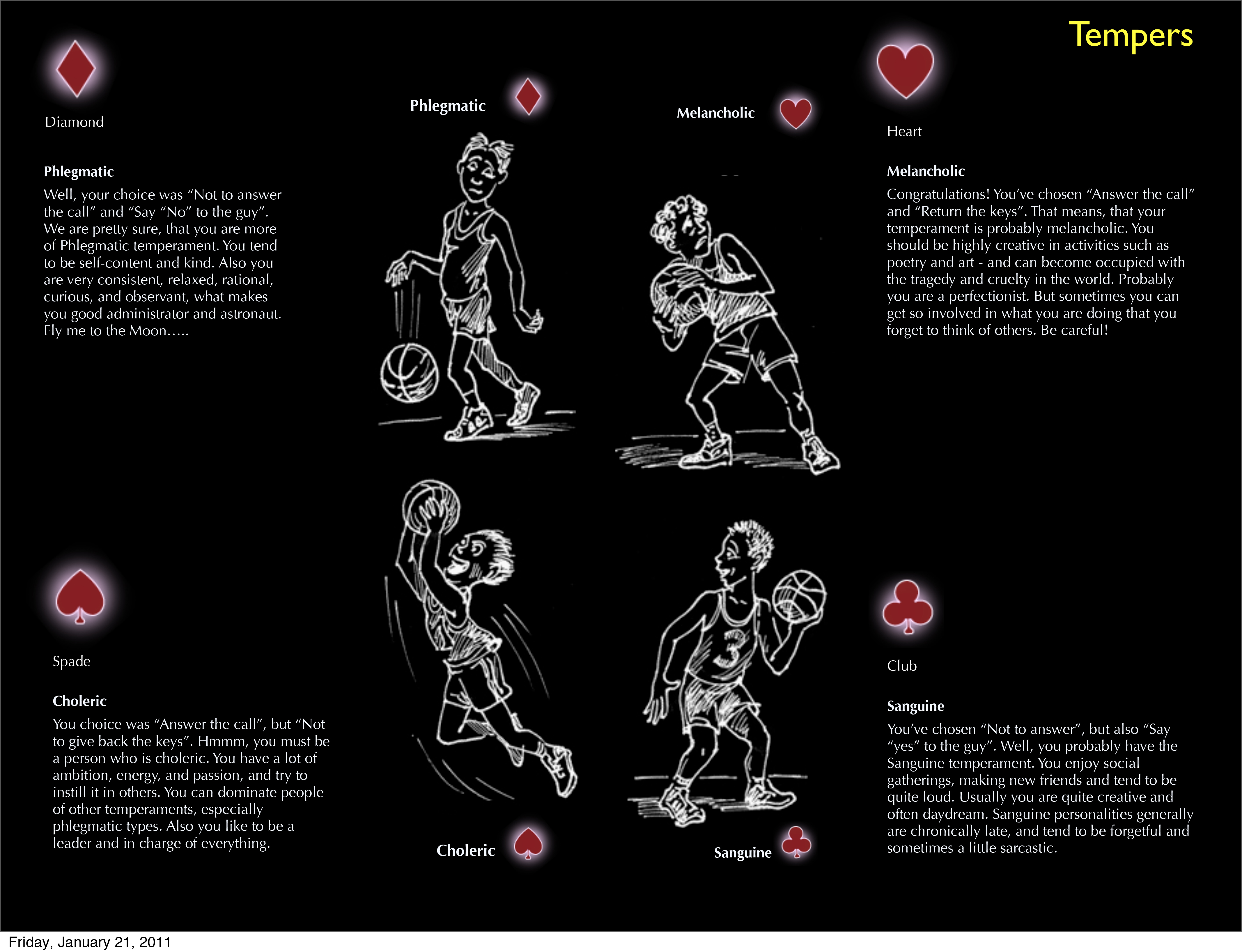 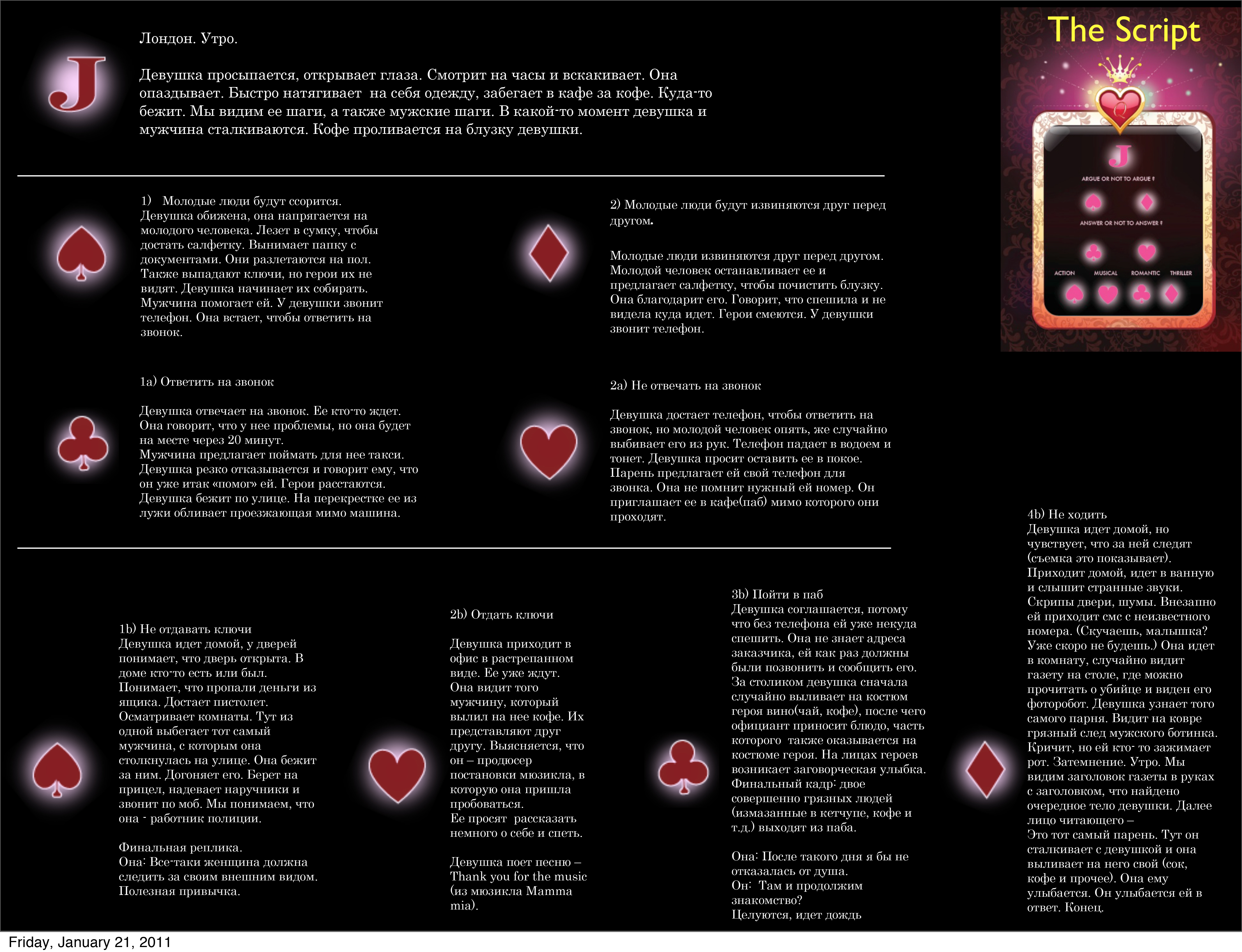 This project was born in London, UK by two enthusiastic students for educational and research purposes, about:
- Interactive narratives
- Cinema Genres and people’s temperaments.
- User Experience and Game Design
- Navigation and UI

With limited resources, we were having two months of an intensive and tight timeline. Learned how unpredictable things could be. With our first experience in - shooting, directing, producing and even acting in the CLEQ project, everything was planned and produced from scratch. Startin by writing multiple scripts, finding and scheduling suitable locations. Shooting video clips and still photography with a professional SLR camera, using the right perspectives, compositions and dealing with light and lots of weather problems. Investing significant time in the studio, editing clips, recording professional sounds, and learning simultaneously.

Except of that, I was responsible entirely for the complete design and illustrations for the project.
It is essential to add that all the people who took part in the video are non-experienced actors.

This video is an illustrated London panoramic night scene and animated moon with night staras. This is an intro to the game. 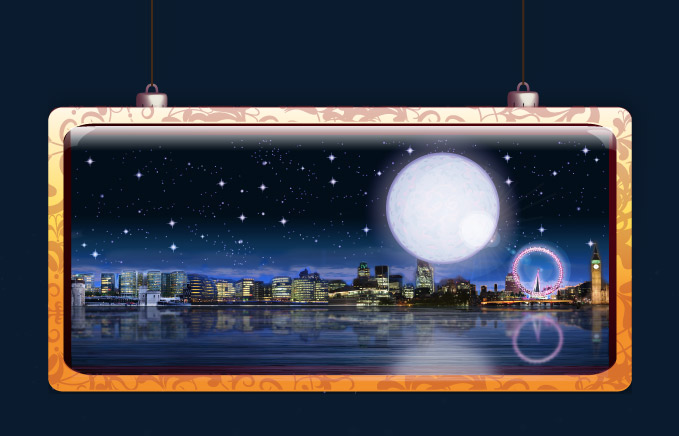 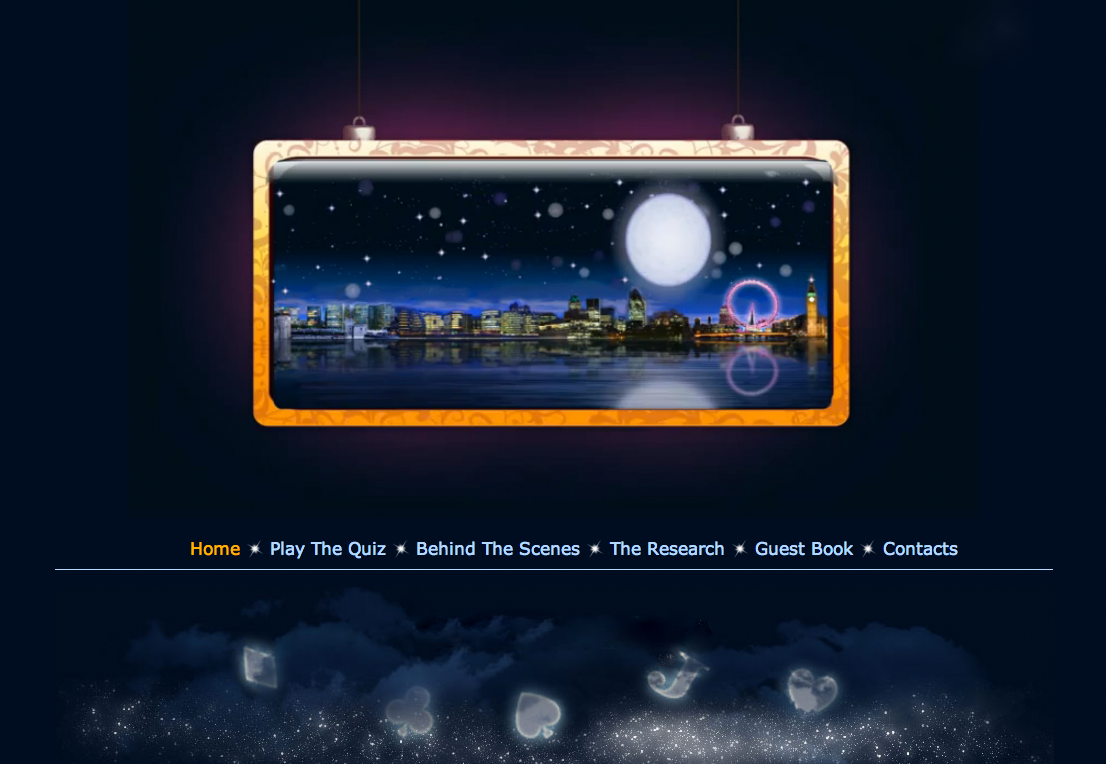 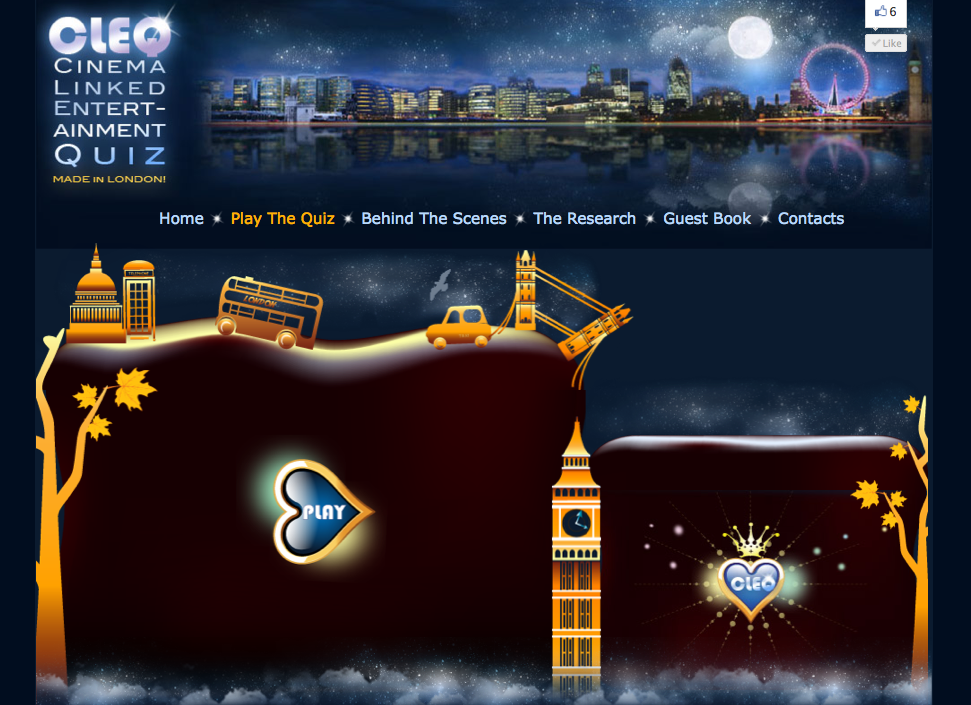